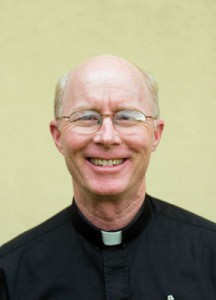 During my last year of high school I fell in love with a beautiful sophomore named Mary Jo. Part of the attractiveness of Mary Jo was that she was so good and so caring.  She was a convinced Catholic who was putting obedience to God’s will at the center of her life.  She spoke openly about the possibility that God may be calling her to be a nun.  When it became apparent that Mary Jo was in love with me too, I was walking on air.  It was at that point that I fell in love with God.  I became convinced that God exists, God is Love, God is Good, and that God created me to know, love and serve Him.  Suddenly the seminary became an attractive option to me.  I saw it as a place where I could learn how to listen to God, discover his will for my life and then put my whole heart into his call for me.  Mary Jo exhibited the virtue and the selfless love to encourage me in this pursuit. What a blessing!

I investigated two local religious communities.  I chose to start my quest to know my vocation with the Oblates of St. Joseph.  I felt “at home” when I visited them for a week.  I was attracted by their family spirit and by the friendliness of the priests and brothers. Their simple ideal of serving the interests of Jesus in imitation of St. Joseph appealed to me. Within four months I became so impressed by the priest in charge of the seminary, that I wrote in my journal, “Lord, if you would give me the grace to be a good priest, I would say, ‘Yes!”   Seven years of prayer and quandary followed.

I suffered from feelings of insecurity.  I was not at all sure whether I was talented enough to be a good priest- preacher- teacher- counselor- pastor. My aunt, a Sister of St. Joseph in Kansas, sent me a transcribed homily by a Jesuit priest, Fr. Michael Buckley. He put the question: “Are you weak enough to be a priest of Jesus Christ?”  He then reflected on the mystery described by St. Paul wherein, through weakness, God’s power is perfected. This encouraged me. I began to discern the difference between faith dependence on God and self centered self reliance. Gradually, my life with the Oblate brothers, priests and seminarians led to more trust in God in imitation of St. Joseph.  My involvement with a charismatic prayer community was also a big help to me.

I began to ask the question, “What is the deepest desire that God has placed in my heart?” I found myself with two deep desires: celibacy for the sake of the kingdom and marriage for the sake of the kingdom. I was afraid to choose; afraid of making a mistake. I wanted God to just tell me what to do like I imagined he did for Saul of Tarsus.   By that time my friend, Mary Jo, had discerned that her vocation was to marriage.  At first I thought, “Well that’s it! That’s the sign I have been waiting for!” But Mary Jo was mature enough and selfless enough to challenge me toward a more authentic discernment.  One night, in the course of writing a fourteen page letter to try and sort things out, it was as if God put this thought immediately and directly into my mind: “You decide what you really want to do and I will back you up with all the graces you need to do it.”  With that assurance, it was as if I was back to the question I had written in my journal seven years earlier.  And so I said, “Yes!”  And here I am, doing what I really want to do as an Oblate of St. Joseph priest with all the graces I need to do it.  What else can go right!

The Lord has blessed Mary Jo with a good marriage and family. She continues to be an inspiration to me and I try to be the same for her and for all.