Marello emphasizes not just doing any ordinary task, but rather specifically those simple, small tasks with which we have been entrusted. Even though we might long to do extraordinary things, “it is better to do one’s actions day by day as God sends them and deals them out.” Although these ordinary, mundane tasks of life might appear to be trivial, even the most negligible can be beneficial to us because God rewards even the smallest action of ours when it is done for love of neighbor. Indeed, we should strive to do such simple tasks carefully, even perfectly.

This attitude toward doing simple things well also overflows into Marello’s understanding of penitential piety. In contrast to the rigorist and Jansenist tendencies still present in his own day, Marello emphasizes the importance of patiently accepting the small penances of daily life rather than looking for extravagant sacrifices. The everyday duties of our state in life are penance enough if we try to fulfill the will of God in everything we do. Therefore, it is not the severity of the penance that makes it effective, but the care we take in doing what we are obliged to do.

Marello speaks of holiness as it relates to our practice of virtue and how we complete these simple obligations of the day. Virtue, like penance, is practiced and bears fruit more often in the ordinary and everyday circumstances of life. And so it was for the lives of even the extraordinary saints: “The great saints attained sanctity not so much by the practice of extraordinary virtues that can be exercised only on rare occasions, but rather by repeated and ceaseless acts of small virtues.” 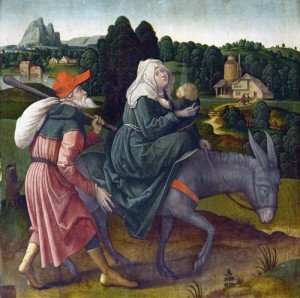 Certainly in Marello’s mind, Mary and Joseph were the most important illustrations of such saints. It is in fact by doing their ordinary tasks so well that they achieved such greatness: “St. Joseph did not do extraordinary things, but rather with the constant practice of the ordinary and common virtues he reached that sanctity which elevates him above all the other saints.” As we noted above, it is not the extraordinary nature of our actions but rather that we complete the humble tasks entrusted to us. This was done well in the first place by Marello’s patron: “If, in the likeness of the great Patriarch St. Joseph, you were to serve Jesus in humble tasks inferior in dignity to those of St. Peter, remember that the humble guardian of Jesus holds a higher place in Heaven than the great Apostle.”